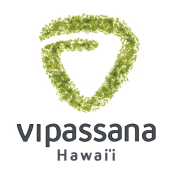 This page may not work correctly in your current browser, Internet Explorer. We recommend changing to a more modern browser before viewing this page. We recommend Chrome, Firefox, Safari, or Edge.

The Impact of Mahasi Sayadaw, by Jake Davis

The Impact of Mahasi Sayadaw, by Jake Davis

"The practice of Vipassana or Insight Meditation is the effort made by the meditator to understand correctly the nature of the psycho-physical phenomena taking place in the meditator's own body."

Beginning with these simple words, the instructions of the late venerable Mahasi Sayadaw have served to introduce generations of meditators to the practice of insight meditation. The Mahasi Sayadaw was born in 1904 in Upper Burma; by the end of his life he had traveled all over the world, relaying the Buddha's teachings. The particular style of Buddhist meditation practice in which the Mahasi Sayadaw guided students proved accessible to lay and monastic meditators alike, to Westerners as well as Burmese. Drawing on the teachings of his own meditation teacher, the Mingun Jetawun Sayadaw, Mahasi emphasized the importance of beginning students developing concentration and insight simultaneously, by developing a rigorous, precise awareness of experience as it changes.

Many Buddhist monastic traditions had emphasized the development of tranquility meditation to the exclusion of awareness of changing experience. Other teachers in the modern era have advocated remaining open to whatever experience arises, and cultivating a diffuse sort of mindfulness in daily activities. While Mahasi Sayadaw did guide more advanced students in both tranquility practices and open awareness, he emphasized the importance of learning to develop a rigorous, precise concentration on one primary object, or anchor, such as the changing sensations at the abdomen during breathing.

The use of soft mental labeling to bring the attention closely and precisely to bear on changing sensations was another of the Mahasi Sayadaw's innovations. For instance, a meditator may use the soft mental label of 'rising' as the abdomen expands, the label of 'falling' as the abdomen relaxes again. Using such labels helps one notice sensations such as motion, movement, tension, and relaxation just as these occur.

Using labeling to bring mindfulness to bear on present experience, and maintaining the continuity of this focused mindfulness throughout daily activities, meditators in the Mahasi tradition come to note and develop awareness of the body in walking, lying, as well as in the sitting posture, in thinking and hearing as well as in bodily sensations. In this, the Mahasi Sayadaw echoed the instructions given by the Buddha in the Discourse on Mindfulness, encouraging those who wish to find relief from suffering to cultivate clear awareness of actions and experience continuously throughout one's waking hours.

The Mahasi Sayadaw emphasized that those without any education in Buddhist thought, but practicing wholeheartedly and diligently under the guidance of a teacher well-versed in Buddhist theory and practice, could make rapid progress in seeing the causes of suffering and tasting the relief of its cessation. For his own part, the Mahasi Sayadaw exemplified the role of such a spiritual guide, employing his mastery of both theoretical and practical aspects of the Buddha's teachings not only to weave technical textual points of interpretation into his many treatises on Vipassana meditation, but also to take a leading role at a world conference convened in 1962 for the purpose of editing a modern recension of the Pali Buddhist Canon.

— Jake Davis has served frequently as Guest Teacher to Vipassana Hawai'i, and has served as a Burmese-Pali translator for various Fusion Dhamma events.